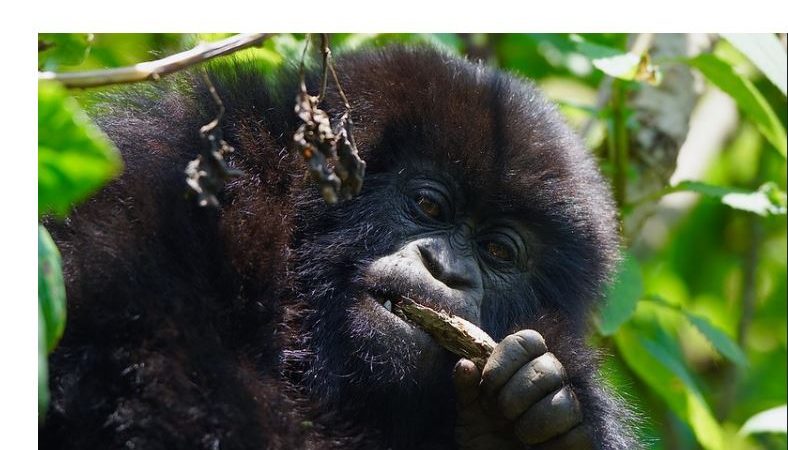 Mgahinga National Park is located in the south-western part of Uganda, in Kisoro district. The national park spans over a radius of 34 square kilometers and was established in 1991. In terms of altitude, the national park ranges between 2,227- 4,127 meters above sea level. It was gazetted as a national park to protect its endangered species of mountain gorillas that inhabit its dense, tropical rainforests.

The national park was formerly a game reserve between 1930 and 1950, but part of it was transformed in to farmlands in the lower altitudes. By 1989, most of the people living within park were relocated to areas outside the park.

Mgahinga gorilla national park experiences two wet seasons between February- May, and September- December. The national park receives monthly average rainfall measuring between 250 mm in October to 10 mm in July. Therefore, visitors travelling to the national park during the said periods should ensure to pack a lot of warm clothing and a raincoat as well.

What to see in Mgahinga Gorilla National Park.

There are plenty of tourist attractions for visitors to see on a visit to Mgahinga national park. Among these include;

Visitors visiting Mgahinga Gorilla National Park can see the famous and highly sought after mountain gorillas. These endangered primate species attract thousands of tourists from all parts of the world. The park has one habituated gorilla group which tourists can trek; although recently in 2019, the Hirwa gorilla family migrated from Volcanoes National Park in Rwanda and settled in Mgahinga national park.

Mgahinga national park is established within the inactive volcanic mountains in the Virunga Ranges. There are a total of eight volcanoes which lie within the Virunga Massif, and these lie along the borders of Uganda, Rwanda, and the Democratic Republic of Congo. Three of the conic peaks are situated in Mgahinga National Park, which are Muhabura, Gahinga and Sabyinyo.

The national park offers hiking expeditions to any of the mountains, and climbers who climbing challenge are blessed with the lovely views on the mountains. There are quite a number of wonderful attractions that visitors can sight while hiking, and these include; birds, plant, butterfly, and insect species, as well as various species of monkeys and the well sought after mountain gorillas.

Travelers visiting Mgahinga gorilla national park can also explore the numerous bat caves located along the steep slopes of the mountains. One of the most visited caves in the park are the famous Garama Caves, which are located near the park’s headquarters. These caves hold a lot of cultural significance for the Batwa people, who are an indigenous ethnic tribe are living within the national park.

Most tourism activities in the national park start from the visitor Centre at Ntebeko. It is the starting point for most nature walks, hiking, golden monkey and gorilla trekking activities.

There are other attractions outside Mgahinga Gorilla National Park, such as the stunning and beautiful Lake Bunyonyi. Visitors visiting the lake can explore the any of the 29 islands on the lake. Visitors can access the lake from Kabale.

Activities visitors can do while visiting Mgahinga Gorilla National Park.

Visitors visiting the national park can engage in a number of activities such as;

Mgahinga Gorilla National Park is the second destination in Uganda, after Bwindi Impenetrable National Park, where visitors can do gorilla trekking. Currently, there are two habituated mountain gorilla groups in the national park, and these are Nyakagezi and Hirwa gorilla groups. The Hirwa gorilla family just recently migrated from Volcanoes National Park in Rwanda. Tourists visiting Mgahinga can also track this group and the revenue collected from visitors trekking this gorilla groups, is equally shared between the countries of Rwanda and Uganda.

Gorilla trekking activities in Mgahinga national park begin from the visitor center at Ntebeko at exactly 8am every day. Visitors are advised to be at the park by 7am for a short briefing from the head ranger at the park.

Trekking gorillas in Mgahinga is not as difficult as trekkers can easily locate a gorilla group. Gorilla trekking activities in the park take place in groups of a maximum of 8 members, and tracking can last between 2-5 hours. Once visitors have located a gorilla group, they are given only an hour to spend with the gorillas. Make sure that your camera is ready because you do not want to miss this moment.

Visitors interested in mountaineering activities in Mgahinga national park can opt to do Volcano Climbing. There are three volcano mountains in the park which visitors can climb, and these are; Mount Sabyinyo, Mount Gahinga, and Mount Muhabura. Climbing each of these mountains will take climbers an entire day.

Visitors climbing Mount Gahinga will take about 6 hours to ascend and descend the mountain, which stands at an altitude of 3,474 meters. Climbers have the chance to sight wonderful attractions such as bamboo forests, the caldera, golden monkeys and giant lobelia.

Alternatively, visitors can opt to climb Mount Muhabura which stands at an altitude of 4,127 meters. Climbers will take a 12km round trip up and back down the mountain, which will take approximately 8 hours. While at the summit of this mountain, climbers will be able to have clear views of Lake Edward, Bwindi Impenetrable Forest, the Virunga Volcanoes, and peaks of Rwenzori Mountain.

Visitors interested in climbing Mount Sabyinyo will have to physically and mentally prepare for the eight hours climb. The mountain stands at an altitude of 3,669 meters above sea level, and a round trip ascending and descending the mountain covers a total journey of 14km.

Volcano climbing activities in Mgahinga Gorilla National Park cost USD 80 dollars per person. The climbing fees include park entry fees and visitors who wish to hire the services of a porter will have to pay an extra fee.

Travelers visiting Mgahinga National park can take part in the hiking and guided nature walks offered by the park. Hiking activities and nature walks always begin at the park’s headquarters in Ntebeko. Hiking activities involve visitors walking around the foothills of the Virunga Volcanoes. While hiking, visitors have the opportunity to spot amazing attractions in the park like forest birds, the Rugezi Swamp, bamboo forests and the surrounding lakes such as Lake Mutanda. Hiking and day nature walks in the park cost USD 30 dollars per person.

Mgahinga gorilla national park in South-western Uganda is an ideal place for bird lovers. There are over 390 bird species in the park and visitors can sight these birds during a bird watching activity. Birding activities in Mgahinga offer visitors an opportunity to sight birds like; the Olive Thrush, Brown-crowned Tchagra, Bronze Sunbird, Regal Sunbird, Rwenzori Batis, and the Blue headed Sunbird among others. Birding activities in the park cost USD 30 dollars.

Cultural tours in Mgahinga national park offer visitors the chance to interact with the local and indigenous tribes like the Batwa, which reside within the national park. During such cultural encounters, visitors get to learn a lot about the culture, history and daily lifestyles of the local people. Also, visitors are entertained by performances from the locals and told folk stories. 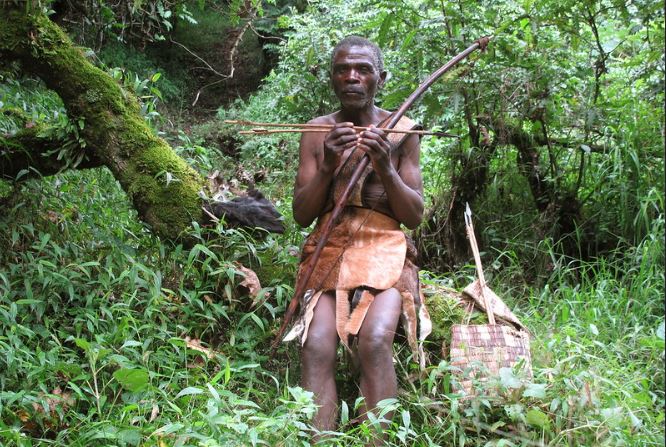 Visitors who wish to go on a cultural encounter in Mgahinga national park will have to embark on the Batwa Trail. Visitors get to visit the Batwa people, who are also known as pygmies. The Batwa have inhabited the forests of Mgahinga national park for centuries, and are well known hunters, gatherers and fierce warriors. Most of these people were evicted from the national park when it was first established. Despite this, they are still hired as local guides, taking visitors through guided nature walks in the dense forests of the park.

Where to Stay in Mgahinga Gorilla National Park.

The best time for visitors to visit Mgahinga national park is during the dry season which are between June to October and mid-December to February. However, the national park can be visited all year round.

Mgahinga Gorilla National Park is situated in the South-western part of Uganda. The national park is located about 15 kilometers south of Kisoro town, and about 55 kilometers west of Kabale district. Visitors can also access the park from Kampala city, which is located approximately 494km using the Kabale- Mbarara road. Visitors travelling from Kampala will have to drive for about 8½ hours to reach the national park.

Our customer support team is here to answer your questions. Ask us anything!
👋 Hello, I am here to help you
Chat with Us